If you want to see a group of U.S. citizens willing to sacrifice every shred of human decency to see their candidate get elected, look no further than the right wing of the Republican party. There is no depth to which they will not stoop, no moral value they will not cast aside to win back what they often racistly call "The Brown House."  Case in point -- a Facebook post from someone on my "Friends" list that I'm about to take the unprecedented step of "unfriending" for political reasons. 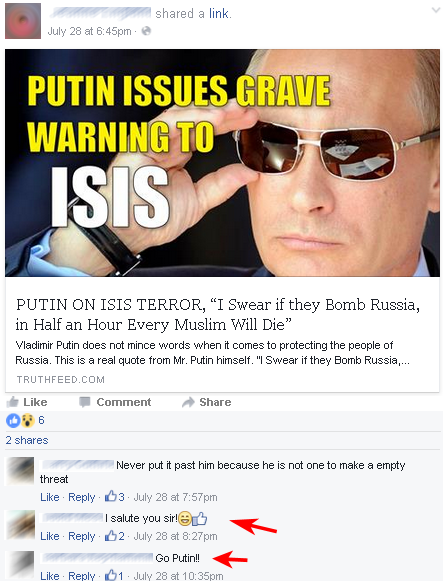 In case those comments are hard to read, I've enlarged the pertinent show of support

Hmmm... where have I seen a group of mindless lemmings cheering and saluting a strong-armed leader who vowed to annihilate an entire religion/race of human beings? 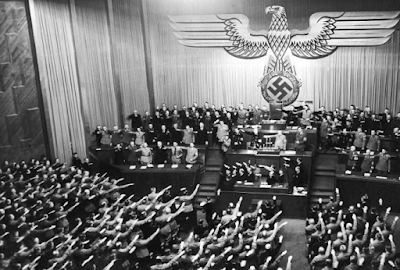 Of course, loving Vladimir Putin is not a new concept for right-wingers. Many were initially suspicious of Putin's merits as a leader and a human being, what with him being a "Rooskie" and all, until their own sainted and Supreme Court-anointed leader George W. Bush assured them that Putin was a "godly" man in the Republican sense: 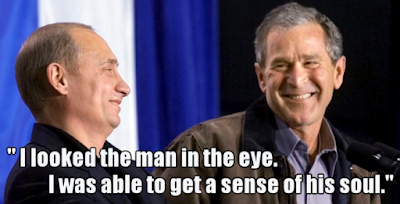 Right-wingers in the U.S. love and trust leaders who lie and lead their nation into murderous wars, so long as that leader has an (R) beside his or her name. This is Donald Trump's Amerikkka. Enter at your own risk, while you can, if you dare, because this is the future that Right Wing Republicans envision: 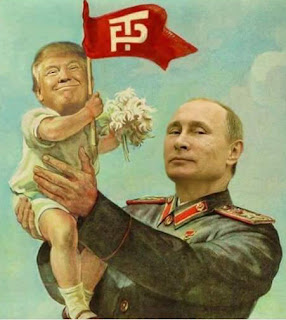