It's against my religion and against any Abrahamic religion (Jewish, Christian, Muslim) to claim that God said something if He didn't actually say it, yet every single day well-meaning and kind-hearted Facebook friends challenge me to "prove my faith" by circulating ridiculous religious memes that do just that. In my religion, making up stories about Jesus isn't kosher either (ala "Footprints in the Sand"), but every day I am given the choice to either share something that will supposedly prove my love of the Lord or keep scrolling and "deny my Savior".

This is what I woke up to today, a picture that had been shared almost 375,000 times: 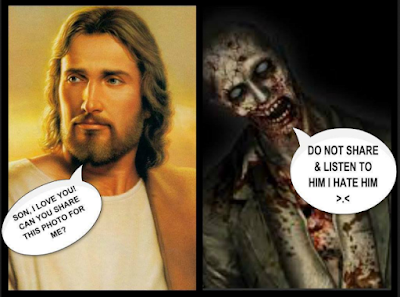 Yesterday, one of the first things I saw was an alleged wager between the Creator and his nemesis about whether or not I would share the picture: 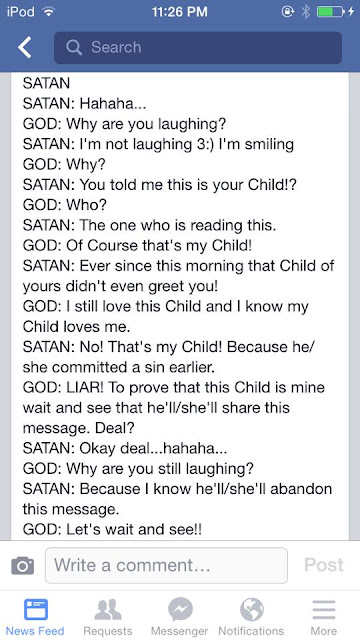 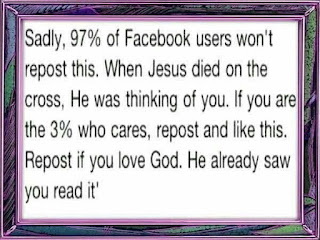 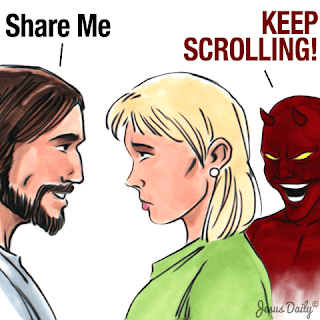 Thankfully, there is an occasional push-back 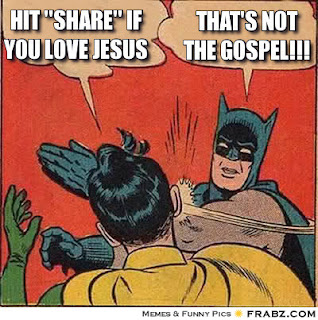 If you didn't know already, I DO believe in God and I love Jesus with all my heart.  Beyond that I will not push my religious doctrines on you, and you wouldn't want me to.  I don't want to tempt you to judge me. Use your own due diligence and figure out what you believe, but if you share images such as these please stop guilt-tripping people into proclaiming their belief on Facebook via silly memes.  You'll only get your feelings hurt and question the salvation of your nearest and dearest, while making them feel guilty when they scroll instead of sharing because, as you learned above, 97% of Facebook users won't.
by L A Little