Getting Off the Fast Track

We really need your help this Saturday, November 16, in Kansas City and in cities throughout the world.  There's a major threat looming on the horizon, and most people have no idea it even exists.  This is a cause that people of all political types would get behind if they understood what's at stake. 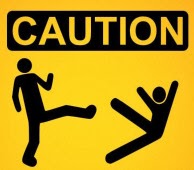 The cause we need your help with Saturday is very complicated and confusing, and I've spent weeks just trying to figure out how to explain it to people.  It's complicated and confusing for a reason, so that people won't pay attention to it and discuss it, etc.  If you've never heard the term "TPP" you're not alone, but you can find out about it right now, and start letting your friends and loved ones know what's going on. We need everyone's help to keep the disastrous Trans-Pacific Partnership from being rammed down our throats without any oversight or public scrutiny. The TPP is a trade pact, as the following videos will show, that is being secretly negotiated by a few government officials and LOTS of corporate advisers.  The TPP will take everything that's already bad about the world and make it much, much worse. There is almost no industry that goes untouched.


For example, you know those generic prescription drugs that people can get for a fraction of the price of their brand-name counterparts? You can say goodbye to any more of those coming onto the market, because the TPP wants to extend drug company patents to the point that many of us won't live long enough to see any new generic drugs on the pharmacy shelves.  This video from a Canadian health organization explains how that will effect what they do.  What effect will it have on you?

And then there's the Internet. Remember SOPA? Meet its big brother, the TPP


This video shows just one example of what the TPP will do to jobs... the TPP threatens every industry you can imagine


This guy lays it out pretty clearly, touching on the workers that will be exploited, environmental protections dissolved, and what the TPP will do with banking and farming


And this is all just the beginning.  On Saturday, November 16, we need you to help get out the word by passing out flyers and contacting people you know.  We need millions of people to find that there's a thing called the TPP, and what they can do to get it off the Fast Track.

Fast Track Authority was created during the Nixon Administration because Congress is so busy, you see, that they don't have time to think about things like trade agreements with other nations, so they give the president Fast Track Authority and the president can handle the whole thing without their input. Then the president will give them a bill that they can vote "yes" or "no" on, but they can't change anything about it, and it will be thousands of pages long and filled with all kinds of horrible international laws that we'll be subjected to.  Congress won't know everything that is in the agreement because naturally they won't read it.

Without Fast Track Authority, Congress can get in on the negotiations and demand that the veil of secrecy be lifted so that everyone can know what's in this agreement and urge their representatives to cast an informed vote.  That's why we have to stop the Fast Track before it's too late, and it can be done. It's up to Congress.

I'll be having more on this between now and the 16th, but for now, join the Facebook group and find out what you can do to take action!  Here's the Kansas City group, and here's the national group.  Add your voice, and get ready to figure out how to explain this to everyone else!
by L A Little