Instead of telling Sandy Hook families to "go to Hell" like one right-wing radio talk show host did last week, worried as he was that their collective grief would cause an impingement on his gun rights, 2nd Amendment activists need to frame the conversation in terms that all human beings can understand. If they were smart, they would leave "left vs right" politics and race-baiting out of the discussion and win hearts and minds the way they always do, by using extreme fear tactics.

After I spent weeks hoping for expanded background checks and limits to the amount of ammunition in a clip, etc., I saw a photograph that made me want to run straight to Bass Pro to buy up any and all automatic firearms and as much ammunition as I could fit in the car (if they have that sort of thing there).  This picture was so terrifying, I forgot all about background checks, wondering if it was legal to buy hand grenades online.  I said to myself, "This is what the 2nd Amendment crowd needs to drive their point home!"

So I'll share it with you here. Instead of being mean and spiteful and driving sensible people away from your cause, gun rights folk merely need to circulate this photograph and the fight will be over.  They could probably get Pfizer (or whoever makes Xanax and Zoloft) to sponsor a billboard campaign using this image and they would never again need to worry about anyone wanting to take their guns away.  You'll have to scroll down for the picture... If you are faint of heart or prone to anxiety or are of a nervous disposition, please turn away and do not look at this photograph.  Professor Joyboy will have some sensible solutions in the coming days about gun issues, but for now, scroll down if you dare...
.
.
.
.
.
.
.
.
.
.
.
.
.
.
.
.
.
.
.
.
.
.
.
.
.
.
.
.
.
. 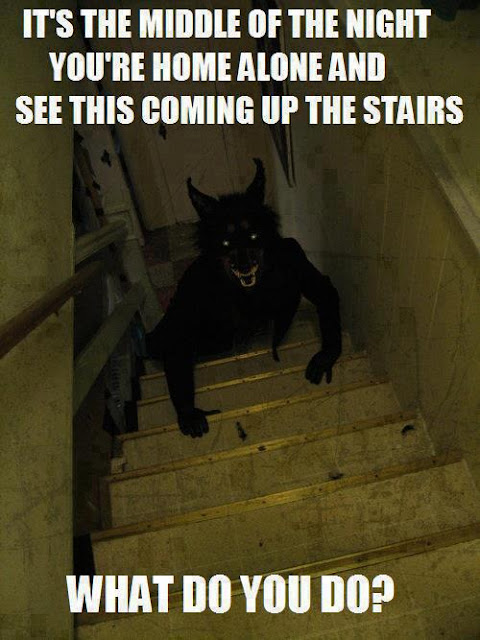